Watch for our Towels.

While you are watching the big Final Four games for both the Women's and Men's... Watch for our Bench Towels court side. So how have your brackets fared during the first two rounds?  Well if you picked the straight bracket seating you would have 10 of the 16 right, not too shabby of 62.5%.  Have you been noticing that all the bench towels are consistent to the NCAA? 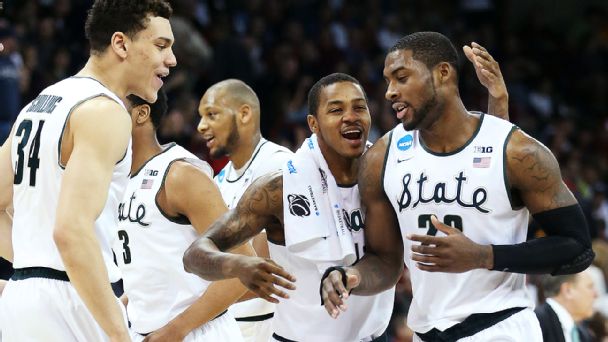 When is a towel a keepsake?

So when is a towel more of a keepsake? Just ask every athlete in the Final Four tournament this weekend because in each hotel gift bag they will receive this beautiful towel screen printed with a silver shimmer ink.

Have a great tournament, and keep your memories for ever! Time to sell a Rally Towel!

It's always time to plan or sell a Rally Towel promotion!

As a proud sponsor, it's makes us feel great to see our towels bring a smile to participants!

"Eric Dargis of Vineland, N.J., holds up his new AJGA towel that he received after Player Registration. He’s proud to show off Ravenwood Golf Club, the beautiful course that is hosting the Ravenwood Junior Championship."

Isn't this a great picture?  Remember if you are having a tennis tournament at your club remember to stock up on some towels.